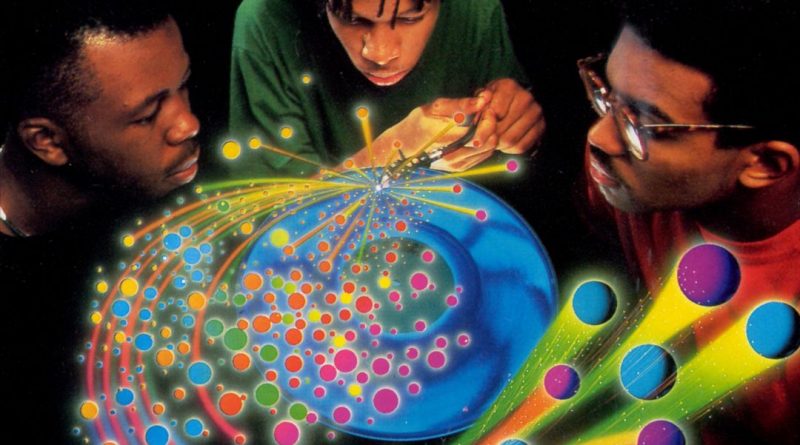 Love it. This 1991 debut album from the New York/Toronto group Main Source was the only ‘proper’ release. Large Professor left before they could release a sophomore effort, and I have to say, judging by the quality of their first album, the world missed out. That said, Large Professor lent his production talents to some of the greatest in hip-hop, so maybe it was right for the greater good.

The album cover itself is fantastic. Sir Scratch, K-Cut and Large Professor sit around a turntable, and where the needle hits, an explosion of sub-atomic particles. Now, I’m not going to criticise their lack of knowledge of the fundamental of physics but the cover is fucking awesome.